Cumin (Cuminum cyminum) is a flowering plant in the family Apiaceae as caraway, parsley, and dill., native from the east Mediterranean to India. Its seeds (each one contained within a fruit, which is dried) are used in the cuisines of many different cultures, in both whole and ground form. It also has many uses as a traditional medicinal plant. In the ancient Egyptian civilization, cumin was used as spice and as preservative in mummification. Cumin seed is used as a spice for its distinctive flavour and aroma. Cumin can be found in some cheeses, such as Leyden cheese, and in some traditional breads from France. Cumin can be an ingredient in chili powder (often Tex-Mex or Mexican-style), and is found in achiote blends, adobos, sofrito, garam masala, curry powder, and bahaarat. In South Asian cooking, it is often combined with coriander seeds in a powdered mixture called dhana jeera. Cumin’s distinctive flavour is strong. It has a warm aroma due to its essential oil content. Its main constituent aroma compounds are cuminaldehyde (a promising agent against alpha-synuclein aggregation) and cuminic alcohol. Other important aroma compounds of toasted cumin are the substituted pyrazines, 2-ethoxy-3-isopropylpyrazine, 2-methoxy-3-sec-butylpyrazine, and 2-methoxy-3-methylpyrazine. Other components include ‘_-terpinene, safranal, p-cymene and ‘_-pinene [Wikipedia] 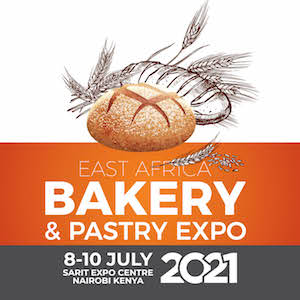 East Africa Chef strives to assist food service professionals and culinary educators to make the right decisions for their organisations by delivering ideas, information and inspiration for success.

Don't miss out. Get your Entry ticket at https://b

This is the time to source for your bakery needs i

Don't miss out. Get your Expo Entry ticket at http

Are you looking for baking ingredients, equipment

Happy Father's Day to all of our East Africa Dad C

We would like to show you notifications for the latest news and updates.
Dismiss
Allow Notifications